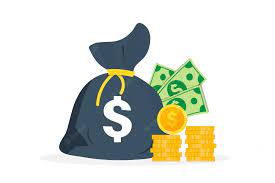 Detroit, Michigan, United States, 18th Jun 2022, King NewsWire, Detroit international business owner Robert Shumake recently enjoyed an unlikely victory against the federal government when they returned a large sum of cash that was illegally seized over 4 years ago. The feds used the CAFRA law (Civil Asset Forfeiture Reform Act of 2000) to justify taking the money first, and trying to find a crime later. Most times, this provides a direct incentive for over policing, allowing law enforcement to seize property from innocent owners and profit from the gains. Racially profiled victims are now presumed guilty and forced to prove their innocence.

However, Shumake knows his rights, fought back, and won. “It’s not just a personal victory, it’s a victory for all people of color and all victims of selective prosecution,” says Shumake. He also said, “Most people who look like me don’t have the will or the means to defend themselves against the government or the media. The media and law enforcement are quick to attack and defame someone’s character, but slow to acknowledge their own mistakes and right the wrong.”

Robert Shumake has a history of supporting his community. He has held scholarship relays for students, fed the hungry, raised funds to improve the criminal justice system, and many other philanthropic ventures. Shumake is also a global private equity investor and real estate developer. He is the CEO of Shumake Global Partners, L3C, active in technology, real estate, gaming, energy, healthcare, and finance. Shumake is a past honorary consul to Botswana and Tanzania. “It feels good to be exonerated. I just hope the media will use the same energy to highlight the positive things we do instead of assuming someone is suspicious based on stereotypes and profiles.” Says Shumake.